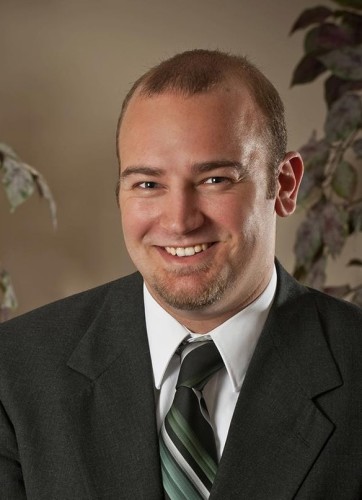 Garrett Anderson is the owner, licensed funeral director, supervisor and licensed insurance representative at Anderson Family Funeral Homes & Cremation Services, Inc. Garrett was born on the base hospital in Okinawa, Japan as his dad was a Sergeant in the Marine Corps.  He spent most of his childhood in Manheim, Lancaster County, PA before his father took a job in western Pennsylvania. He is a 2006 graduate of Purchase Line Junior-Senior High School, Indiana County, PA. He went on to attend Westminster College, located in New Wilmington, PA for two years before transferring to Thiel College, Greenville, PA. He graduated in 2010 majoring in Biology, with minor concentrations in Medical Biology and Business Administration. After graduating from Thiel College, Garrett continued his education at the Pittsburgh Institute of Mortuary Science (PIMS) with intentions of becoming a Funeral Director. After graduating from PIMS, he completed his internship by working for a funeral home in Altoona. Afterwards, Garrett worked in both Altoona and the Johnstown area as a licensed Funeral Director.

Garrett married Madison Kendera in June of 2012. Together, they have a son, Colt; a daughter, Davanee; and a Weimaraner, Modi. They reside in Cresson. When he isn’t at the funeral homes, he enjoys spending time with his family, being outdoors, hunting, watching his favorite sports teams or working with his favorite charity, Operation Toy Soldier.