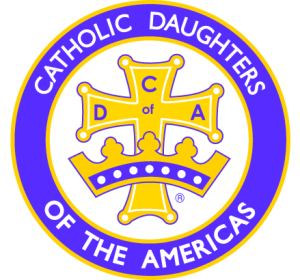 States, Nancy K., 77, Warrington, formerly of Fairless Hills and Mount Union, went home to be with the Lord April 28, 2020 at Neshaminy Manor, Warrington. Born May 29, 1942, Mount Union, daughter of the late Andrew and Katharine (King) Calupca. Preceded in death by her loving husband, Harry States; sisters, Sally Cunningham and Andrea Runk; and brother-in-law, Fred Cunningham. Survived by her daughter, Kathy (States) Speidel, Brigantine, NJ; son, Donald States and wife, Karen, Pennsburg; 4 grandchildren, Rachel Speidel and fiancé, Doug D’Aulerio; Jake Speidel; Donald States, Jr. and Erin States; 2 great-grandsons, Max and Logan D’Aulerio; brother, Richard Calupca and wife, Mary, Doraville, GA; brother-in-law, Larry Runk, Sellersville; and numerous nieces, nephews and friends. Nancy was a graduate of Captain Jack High School, Mount Union. She worked in the banking and insurance industries until her retirement. Nancy was a devout Catholic and volunteered time giving back to her church and community. She was a member of the Catholic Daughters of the Americas. Nancy enjoyed gardening, crossword puzzles with Harry, long days at the beach with family and friends, listening to music and dancing. Most importantly, she was a loving wife, mother, grandmother and great-grandmother. At the request of the family, they will have a private viewing and funeral Mass, Rev. Joseph Fleming, celebrant. Interment St. Catherine’s Cemetery, Shirleysburg. In lieu of flowers, memorial contributions may be made to the Alzheimer's Association at act.alz.org/donate in Nancy's honor. Arrangements have been entrusted to Heath-Anderson Funeral Home & Cremation Services, 61 E. Shirley St., Mount Union, “Honored Provider of Veterans Funeral Care™.” AndersonFamilyFuneralHomes.com

To send flowers to the family or plant a tree in memory of Nancy K. (Calupca) States, please visit our floral store.