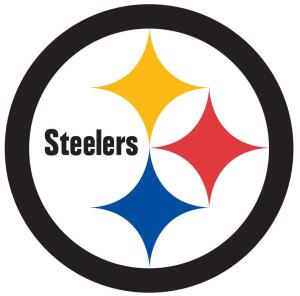 Troutman, Kenneth E., 87, of Mount Union, passed away peacefully Jan. 12, 2021 at Harmony at State College, where he had been a resident for the past year.

He is survived by his wife of 68 years, Jean Troutman, a resident at Harmony at State College, and like her husband a long-time resident of Mount Union.

He was preceded in death by an infant daughter, Nancy Troutman, and a brother, Victor W. Troutman Jr. of Tucson, Ariz.

After operating a service station while in his 20s in Yeagertown, Ken moved his family to Mount Union in 1961 after taking a job with the former Mobil Oil Corp. as a tank- truck driver at the company’s Mount Union terminal. He drove truck for the company and its successor, ExxonMobil Corp. for more than three decades. After the closure of the Mount Union facility, he drove out of terminals in Altoona, the Pittsburgh area, and Lancaster. He was recognized by his employers several times throughout his career for an exemplary safe-driving record.

A devoted husband, father, grandfather and great-grandfather, Ken loved his family, and many of his activities following his retirement involved them. Although not a native son, he came to love Mount Union, and was known for getting involved in long conversations while out and about town. When he was late returning from an errand, his wife would remark, “Oh, he’s probably talking to someone.’’

He was a huge sports fan, following the Pittsburgh Steelers, Pittsburgh Pirates and Pittsburgh Penguins. Ken also followed Mount Union Area High School sports, youth sports programs, and was a long-time fan of high school wrestling. He and long-time friend, the late Don Hancock, every year would travel to post-season wrestling tournaments, including the state championships.

Ken coached in the Mount Union Little League during the late 1960s, and was instrumental in 1971 in establishing a Mount Union entry into a summer American Legion baseball league that included teams from Huntingdon, Mifflin, Juniata and Snyder counties. He assisted with the team from 1971 to 1973.

He was a former PIAA baseball umpire and basketball referee. In addition to officiating interscholastic contests, he umpired many games in the summer Huntingdon County League.

Ken was a Korea War veteran, and a member of Blue Juniata VFW Post 5754; Simpson-Hunt American Legion Post 107; and St. Luke Lutheran Church, Mount Union. He was a former member of the Mount Union Fire Company.

Because of the Covid-19 virus, there will be no public services. The family will hold a private graveside service with Lay Minister Joseph Barrett officiating. Interment will be in Mount Union Cemetery.

To send flowers to the family or plant a tree in memory of Kenneth E. Troutman, please visit our floral store.