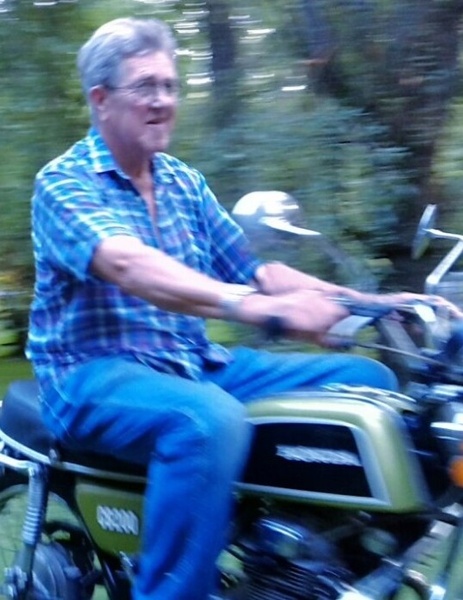 Booher, Wilbur Wallace, 81, Fletcher, NC, formerly of Mount Union passed away January 18, 2021 at Becky’s Rest Home, Fletcher, NC. Born July 22, 1939, Wayne Twp., Mifflin Co., son of the late Elmer Vaune and Anna Mary (Wilson) Booher.  Preceded in death was his loving wife of 41 years, Valerie Jean (Huston) Booher; siblings, Emmett Vaune Booher, Samuel Lee Booher and Connie A. Smith. Survived by his son, Christopher Huston Booher (Denise) of Asheville, NC; daughter, Elizabeth Anne Booher, of Huntington; 6 grandchildren and 6 great-grandchildren, that he loved very much; and a sister, Vonnie Orlowski of Mt. Union. Wilbur served in the US Army and was a Vietnam veteran. He was a member of the Mt. Union American Legion Post 107.  Wilbur enjoyed fabrication, woodworking, golfing, having coffee with his buddies every morning, and attending Jams with his friend, Sandy (he had that two-step down!). Most importantly he loved spending time with family. At the family’s request, there will be no viewing. A private graveside service will be held at the Newton Hamilton Cemetery at their convenience. In lieu of flowers, memorial contributions may be made to The Mount Union American Legion Post 107 at 135 East Pennsylvania Avenue, Mount Union, PA 17066. Arrangements have been entrusted to Heath-Anderson Funeral Home & Cremation Services, 61 E. Shirley St., Mount Union, “Honored Provider of Veterans Funeral Care™.” Condolences may be made at AndersonFamilyFuneralHomes.com.

To order memorial trees or send flowers to the family in memory of Wilbur Wallace Booher, please visit our flower store.