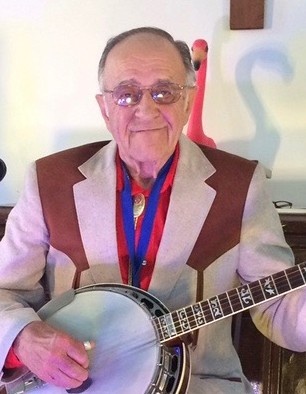 Runk, Wayne L., 83, Mount Union, passed away December 25, 2019, at his son’s home in McVeytown.  Born October 24, 1936, in Springfield Township, Huntingdon County, he was the son of the late Moses and Ruth (Ramsey) Runk. He was married to the former Donna L. Long on December 23, 1955.  Mrs. Runk preceded him in death December 14, 2013.  Surviving are children Bill Runk and wife Tina; Kathy Renninger and husband Jerry; and Mike Runk and wife LaVonda; 8 grandchildren; 14 great-grandchildren; and a sister, Peggy Runk.  Mr. Runk was preceded in death by sisters, Dorcas Anderson and Darlene Garman.  During his more than 45-year truck driving career, Mr. Runk drove tractor trailer for Shetrom Trucking, Youngstown Cartage, Fisher Electronics/Sanyo, and Gateway Foods/Fleming Companies.  He was a member of the Free & Accepted Masons Lodge #376 in McVeytown, Altoona Jaffa Shriners, and Singers Gap United Methodist Church.  He enjoyed hunting and fishing, attending bluegrass festivals, and spending time with family.  He was a fan of the Pittsburgh Steelers, Penn State Nittany Lion football, NASCAR Racing and the late Dale Earnhardt. His greatest love was music which was passed on to him at a young age by his father Moses. Mr. Runk played numerous string instruments including banjo, dobro, guitar, and steel guitar. He performed with Glenn & Wayne & the Bluegrass Partners, which played live every Saturday morning on WKVA in Lewistown; The Western Ramblers; The Country Generation; The Country Connection; and Shady Creek Bluegrass Band.  In his early years, Mr. Runk was invited to join the “King of Bluegrass” Jimmy Martin and the Sunny Mountain Boys. In 2015 he was honored as a Pennsylvania Heritage Musician at the Greenwood Furnace Folk Gathering for his contribution to the musical heritage of Pennsylvania. His fondest memory was playing on stage with bluegrass and country music singer, Hylo Brown, in Ohio.  Mr. Runk will be remembered for his friendly demeanor and great sense of humor. Friends and family will be received Saturday January 4, 2020, from 1 p.m. until the time of service at 3 p.m. at the Heath-Anderson Funeral Home, Pastor Brian Myfelt, officiant. In lieu of flowers, memorial contributions may be made to the Shriners Hospitals for Children, c/o Donor Relations, 2900 N. Rocky Point Dr., Tampa, FL 33607. Arrangements have been entrusted to Heath-Anderson Funeral Home & Cremation Services, 61 E. Shirley St., Mount Union, “Honored Provider of Veterans Funeral Care™.” Condolences may be made at AndersonFamilyFuneralHomes.com.

To order memorial trees or send flowers to the family in memory of Wayne L. Runk, please visit our flower store.