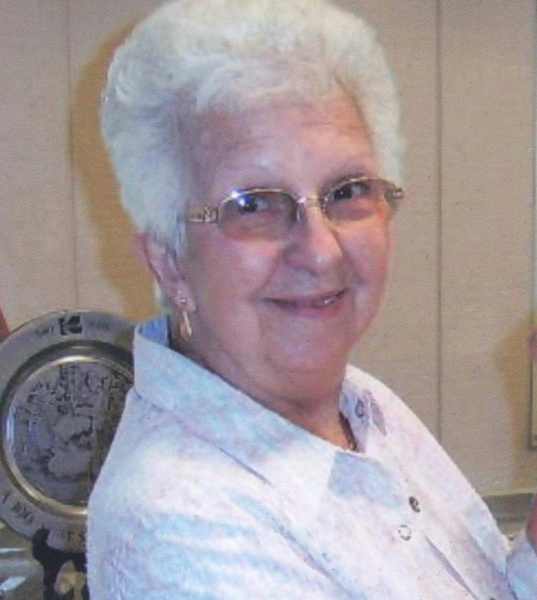 Ostrander, Trella M., 91, passed on to her reward on September 16, 2021. She had been a resident of Westminster Woods for several years due to declining health. “Sud” as she was known to many of her friends and neighbors, was a life long resident of Mapleton. Born on February 3, 1930, in Mapleton, she was the daughter of the late Norman and Clara (Ramsey) Fisher. Trella married W. Mark Corbin on November 4, 1949. Survived by her two children, Brian Corbin and wife Jennifer of James Creek, and Kaylene Musser and husband Robert of Harrison City; grandchildren, Mark Musser of McDonald, Michelle Alayon and husband Brad of Zelinople, Matthew Corbin of Harrisburg, and Mallory DeGennaro and husband Michael of Andover, NJ; four great grandchildren, Cole Musser, Lincoln and Callan Alayon and Anastasia DeGennaro who provided Trella with boundless joy and pride; and brother, Lloyd and wife Cass of Fairfield, CA. Mr. Corbin died on September 10, 1980, and Mrs. Corbin subsequently married Arthur C. Ostrander on March 10, 1984. Mr. Ostrander passed on June 25, 1996. Mrs. Ostrander was preceded in death by a still born son, Brent; three brothers, Robert, Donald, Sheldon; and a sister, Kathleen. A member of the Trinity United Methodist Church of Mapleton since 1950, she was active in the Pastor/Parish Relations Committee, Administrative Board, King's Daughters Sunday School Class, and the United Methodist Women, serving as past president and secretary. Trella was very involved supporting/fundraising (since 1949) for the Mapleton Swimming Pool Committee and the Community Band. She was also on the Board of Directors of the Mount Union Alumni Association, a member of Standing Stone and Bricktown Senior Citizens, Mapleton Historical Society, and past secretary/treasurer of the Mapleton IOOF Cemetery Association. Mrs. Ostrander led an active and full life, snowmobiling, boating, and raising her family with Mr. Corbin, and later tailgating at PSU Football games, cruising (especially Bermuda), and spending time at camp near Greenwood Furnace with Mr. Ostrander. She is remembered by friends, family, and neighbors for numerous impromptu morning or afternoon coffee klatches, hosting dinners, and helping out where needed. She enjoyed working in her yard, tending her flowers, and feeding/observing her hummingbirds. In addition to the above, Mrs. Ostrander worked throughout her life, first in the office at the Genesco Plant in Mount Union, and then for PA Labor and Industry (Job Service/Unemployment) as an Unemployment Claims Interviewer and retiring as an Unemployment Claims Examiner in 1996. She found it very satisfying helping claimants with their claims and was fortunate to work with many good coworkers with whom she enjoyed lasting friendships, many to the present day. Due to Covid concerns, a future memorial service will be held at the discretion of the family. In lieu of flowers, memorial contributions may be made in remembrance of Mrs. Ostrander to the Mapleton Historical Society, PO Box 32, and/or the Trinity United Methodist Church, PO Box 249 both of Mapleton Depot, PA 17052. Arrangements have been entrusted to Heath-Anderson Funeral Home & Cremation Services, 61 E. Shirley St., Mount Union, “Honored Provider of Veterans Funeral Care™.” Condolences may be made at AndersonFamilyFuneralHomes.com.

To order memorial trees or send flowers to the family in memory of Trella M. Ostrander, please visit our flower store.