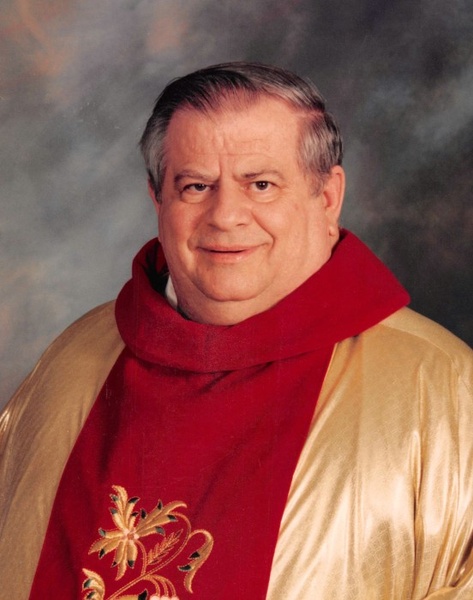 Rev. Msgr. Harold N. Biller, 79, died October 31, 2018 at Garvey Manor, Hollidaysburg. Born January 9, 1939 in Cresson, the son of Norman J. and Romayne C. (Zerbee) Biller. Preceded in death by his parents; a brother Wayne C. Biller; and a nephew Kenneth Harold Farabaugh. Survived by his brother Gary Biller (Barbara Ann Leach) of North Olmstead, Ohio; a sister Norma Farabaugh (Kenneth) of Carrolltown; and sister-in-law Faye (Schenk) Biller of Cresson. He is also survived by his nieces and nephews: Christine, Tom and Jenny; Annette, Jeff, Pam and Mark; Brian and Janelle; also 11 great nieces and great nephews. Msgr. Biller was a graduate of Cresson High School; St. Francis College and Our Lady of Loretto Seminary. He was ordained May 16, 1970 by the Most Rev. James J. Hogan at the Cathedral of the Blessed Sacrament, Altoona. He was employed by the Department of Public Welfare of Cambria County, prior to and after his military service in the US Army in the Infantry as a medic. He attended the Institute of Ecumenism – Centro Pro Unione – in Rome, Italy. He was made Monsignor on March 19, 2001. Msgr. Biller’s assignments included St. John Gualbert in Johnstown, Our Mother of Sorrows in Johnstown, St. Agnes in Lock Haven, St. Peter’s in Somerset with mission churches of St. Michael in Listie, St. Joseph in Boswell and St. Gregory in MacDonaldton. He began his pastorate at Holy Family Church in Hooversville on October 1, 1983 where he remained until June 29, 1995 when he was transferred to St. Patrick’s in Johnstown until retirement in July 2009. He also served as Diocesan Ecumenical Minister from January 1989 to July 2009. Among His most recognized accomplishments was the celebration of the mortgage payoff 30 years ahead of schedule at Holy Family Church and the development of the Perpetual Adoration Chapel that he started at St. Patrick’s in March 1999 and remains until today. Msgr. Harold had a devout adoration for the Holy Eucharist and a special devotion to Our Blessed Mother and St. Therese of the Child Jesus as well as a special fondness for the Carmelite Nuns of Loretto. Msgr. Biller loved traveling the world with family and friends, which included studying 16 summers in Italy, and travels to Germany, England, Ireland and France. His favorite place was Rome and was honored to personally shake the hand of (Saint) Pope John Paul II. His talents and hobbies were many including painting ceramics and Japanese Bunka (Punch) Embroidery; cooking and baking; and watching football games. He loved to see people happy and enjoying themselves. He understood human nature and loved life. His terrific sense of humor and his contagious, bubbly enthusiasm always enlivened any gathering. Practical jokes were a specialty and he enjoyed pulling them on friends and family alike. Easter and Christmas celebrations were his favorite times of year. He was truly “One of a Kind.” Viewing: St. Aloysius Church, Cresson, Sunday 1:00 p.m. – 8:00 p.m. and Monday 9:30 a.m. – 11:30 a.m. Reception of Body, Sunday at 1:00 p.m. and Vigil at 8:00 p.m. Funeral Mass Monday at 12:00 p.m. and Committal following at St. Aloysius Cemetery. Memorials for Msgr. Harold Biller may be made to the Carmelite Monastery, PO Box 57, 2101 Manor Drive, Loretto, PA  15940. Arrangements handled by Kennedy-Anderson Funeral Home & Cremation Services, 233 Keystone Ave., Cresson. Condolences may be made at KennedyAndersonFuneralHome.com

To order memorial trees or send flowers to the family in memory of Rev. Msgr. Harold N. Biller, please visit our flower store.