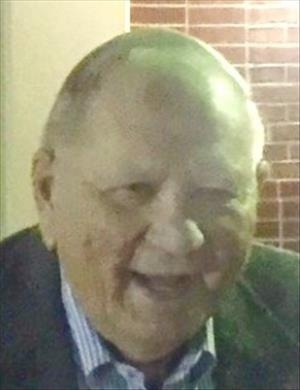 Siatkowski, Raymond D., 83, Cresson, died on Wednesday April 13, 2016. Born and raised in Swoyersville, Pa. Upon graduation from high school, he joined the Army in 1950, serving as a medical assistant in Korea, and then stationed at Fort Benning, Georgia. After honorable discharge, he attended the Pennsylvania State Police Academy, graduating in 1953 and beginning a 34 year career with the State Police. He worked traffic and criminal duty, and finished as Fire Marshall for Troop G. After retirement in 1987, Ray worked part time, and enjoyed many summers of golf with his friends, and many mornings of coffee with the gang at James' Drug Store. He remained close with many State Police friends, and made many good friends while attending the 28th Street Church of the Brethren, Altoona for 30 years. Surviving are his wife of 54 years, Mary Jane (Gates), of Cresson; and his son, Michael, daughter-in-law, Rhea, and grandchildren, Abi, Eli and Josh, of Oklahoma City. He was a devoted and loving husband, father, father-in-law, and grandfather. Ray will be greatly missed by all his family and his many friends, who take comfort in the fact that he is now experiencing the fullness of joy in the presence of the Lord. Viewing will be held on Friday, April, 15, at Charles M. Kennedy Funeral Home, Cresson from 2 to 4 and 6 to 8 p.m. A graveside service service will be held at 10 a.m. Saturday at Alto Reste Park Cemetery, Altoona. At 3;30 p.m. Saturday, a memorial service will be held at the 28th Street Church of the Brethren, Altoona. Military graveside rite by Cresson American Legion, Sankertown V.F.W. and other local veteran organizations. www.cmkennedyfh.com

Graveside service at 10 am Saturday at Alto Reste Park Cemetery, Altoona and memorial service at 3:30 p.m. at 28th Street Church of the Brethren, Altoona.

To order memorial trees or send flowers to the family in memory of Raymond D. Siatkowski, please visit our flower store.