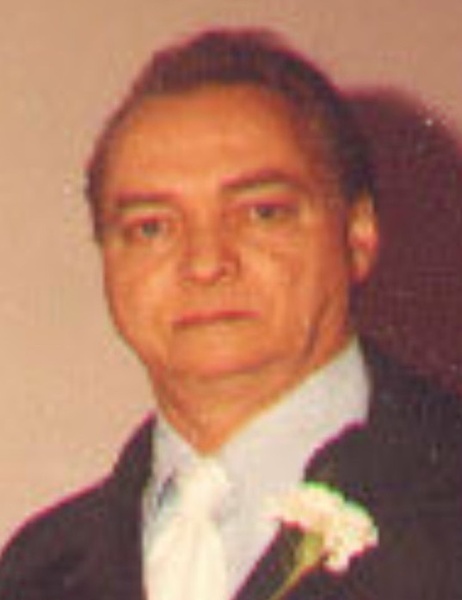 Nickoloff, Louis, 95, lifetime resident of Mount Union, passed away peacefully in his sleep on Wednesday, July 10, 2019 at Aristacare at Woodland Park, Orbisonia, PA. Born February 11, 1924 in Cedar Crest, Lucy Furnace, Mount Union, Lou was the son of Crist and Mary Agnes (Mazer) Nickoloff. Lou was married twice. First to Rose Scrivo and later to Mary Lou Myers. Both women preceded him in death. Mr. Nickoloff is survived by two children, Gary Nickoloff and wife, Carol, of Newport, MI, and Rhonda Nickoloff Jenkins and husband, Bruce, of Mount Union. He was fondly known as Pappy to his grandchildren, Melanie Robison of Schuylkill Haven, PA; Shanna Jenkins, Branda Arnold, Bruce Jenkins II and Stephen Jenkins, all of Mount Union; and Tammy Nichols and Tina Noland, both of Monroe, MI. Twenty-one great-grandchildren and three great-great-grandchildren also loved pappy very much. As the last surviving member of his immediate family, Lou was preceded in death by his parents, as well as brothers and sisters, Ralph, Flossie, Dan, Annie, Alec, Sam, Frank, John and Mary. He was also preceded in death by one grandson, Gary John Nickoloff of MI; and one great grandson, Caulder Wertz of Mt. Union. Mr. Nickoloff volunteered to serve his country by enlisting in the United States Army on November 27th, 1942. He served as a paratrooper with the 508th Parachute Regiment of the 82nd Airborne during WWII as a Light Machine Gunner. After extensive training and maneuvers, he left the states for overseas duty in December 1943, landing in Belfast, Northern Ireland, in January 1944. He was stationed with the 508th in Nottinghamshire, England as part of the 82nd “All American” Airborne Division. Mr. Nickoloff spent 15 months overseas participating in the spearhead attack Operation Overlord, jumping into Normandy at 2:15 a.m. on 6 June 1944, D-Day. The immediate objective was to jump in behind enemy lines to distract the enemy to enable ground forces to land and invade the continent. Of the 2,056 paratroopers who participated in the D-Day landings, Mr. Nickoloff was one of only 995 who returned back to their station in England. For his gallantry and combat action during the first three days of fighting, Mr. Nickoloff was awarded the Presidential Unit Citation. Mr. Nickoloff also participated in the Battle of the Bulge across France and Luxembourg into Belgium. During his time overseas, he was credited with a total of 14 jumps, 2 of which were combat jumps in Normandy and Holland. On Jan. 7, 1945, he was wounded in action during the Battle of the Bulge for which he received the Purple Heart. For his valiant service in World War II, his awards include the Purple Heart, Presidential Unit Citation, Belgium Fourragere, EAME Campaign Medal with three Bronze Battle Stars, Good Conduct Medal, WWII Victory Medal, American Campaign Theater Ribbon, one Bronze Arrowhead, the Combat Infantry Badge, and the Orange Lanyard of Royal Netherlands Army. Mr. Nickoloff’s patriotism continued after his military discharge as a lifetime member of the Blue Juniata VFW Post 5754 and a member of the Simpson Hunt Post 107 American Legion. Many residents will remember seeing him represent the Disabled American Veterans in the annual Memorial Day parade and services in Mount Union. After family, Mr. Nickoloff’s greatest love was flying. After returning from the war, he earned his pilot’s license and spent many years flying small planes around the central PA area. He also continued skydiving and made many jumps with the Midwest Skydiving Club near Wyandotte, Michigan. In his seventies, Mr. Nickoloff traveled weekly to Frederick, MD to take lessons towards earning his helicopter pilot’s license. He made one trip from Frederick to Mount Union, PA where he landed along the Juniata River near his home and again outside of Allenport behind his daughter’s home. This trip is fondly remembered by his children, grandchildren, and friends. Friends are welcome to join the family Monday, July 15 at 11 a.m. for graveside services with military honors in the Orthodox section of Mount Union Cemetery. Memorial contributions can be made to the Blinded Veteran Assoc., www.bva.org/donate-blinded-veterans. Arrangements handled by Heath-Anderson Funeral Home & Cremation Services, “Honored Provider of Veterans Funeral Care™.” Condolences may be made at AndersonFamilyFuneralHomes.com

To order memorial trees or send flowers to the family in memory of Louis Nickoloff, please visit our flower store.