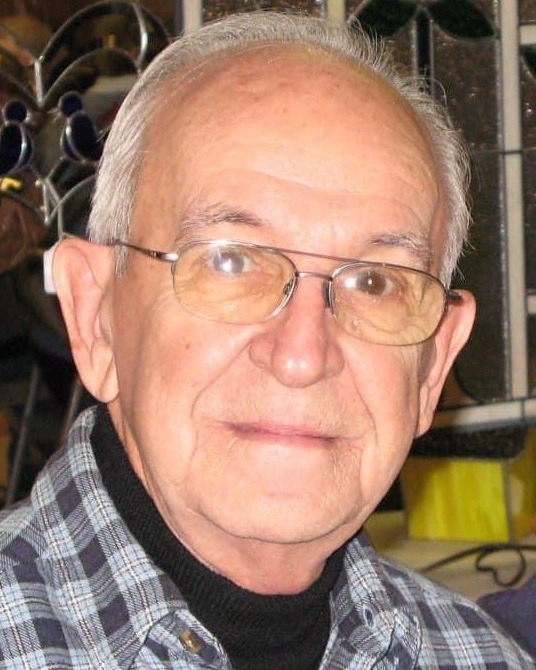 Leon R. Morgan, 91, of Mechanicsburg, formerly of Mount Union, passed away at his home on Wednesday, January 11, 2023. Born August 20, 1931, in Mount Union, he was the son of the late Russell and Lorma (Shank) Morgan. He was united in marriage to Edna Grace (Getz) Morgan, on May 4, 1950, by Pastor Ronald Wilson at the Presbyterian Church in Winchester, Va. They were married for 72 years. He is survived by his wife, Edna, daughter, Susan E. (Morgan) Black and husband, Joseph S., of Camp Hill, and granddaughter, Emily Grace (Black) Babaian, and husband, Matthew Suren of Reunion, FL. He was preceded in death by an infant brother. Mr. Morgan served in United States Army during the Korean Conflict at the Tokyo Quartermaster Depot, where he earned the rank of Sergeant. Mr. Morgan was employed by and retired from the Department of Defense, Letterkenny Army Depot, as a Radar Technician. He also served as a Railway Express Agent in Mount Union until it closed, worked as a Radio and Television Technician, and owned, along with his wife Morgan’s Stained-Glass Shop. He and his wife enjoyed spending time with family and traveling, and he enjoyed hunting and fishing. Mr. Morgan was a member of the First United Methodist Church in Mount Union, a member of the Chancel Choir, an usher, and served on the S.A.C.R. committee and the Outreach Missions Committee. He was also a member of the Mount Union Lodge #688 F&AM, Harrisburg Consistory, Past Royal Patron of Amaranth Juniata Valley Court #121, and member of the Easter Star Chapter #280 of Mt. Union. A private service will be held at the Heath-Anderson Funeral Home in Mount Union on Wednesday, January 18, 2023, Joseph Barrett officiating. Interment with full military honors will be at Haven Rest Memorial Park, Shirleysburg. Arrangements have been entrusted to Heath-Anderson Funeral Home & Cremation Services, 61 E. Shirley St., Mount Union, “Honored Provider of Veterans Funeral Care™.” Condolences may be made at AndersonFamilyFuneralHomes.com.