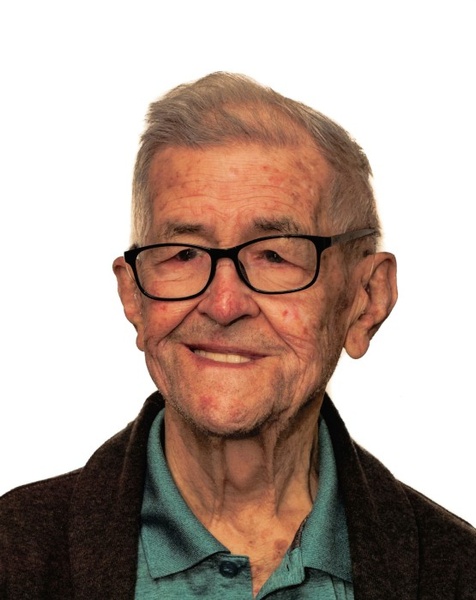 DeLozier, Leo J., 91, Cresson, passed away peacefully April 28, 2018, surrounded by family and his loving caregivers at The Lutheran Home at Hollidaysburg. He was born October 3, 1926, Cresson, son of the late Harry and Clara Justina (Flick) Delozier. On Oct. 18, 1952, he married Mary Clare (Sweeney). Surviving are three children: James Rodney (Flo), Brian Joseph (Sue) and Diana Knee (Barry); 10 grandchildren: Jamie (Jeremy) Ritchey, Alex (Cheyenne), Nathan, Derek, Nicholas, Lucas, and Elana DeLozier, Miranda, Ryan, and Adam Knee; five great-grandchildren: Dylan, Ethan, and Aaron Ritchey and Lucas and Riley DeLozier; a brother, William (Sue); a goddaughter, Cynthia Zack (John); and numerous nieces and nephews. He was preceded in death by his loving wife; a son, David; four brothers: Walter, John, Paul, and Robert; and three sisters: Madeline Naylor, Marie Denzel, and Florence Bender. He was employed with the railroad starting out as a call boy for the Pennsylvania Railroad, a clerk for Penn Central Railroad and finally retiring from Conrail as an assistant manager of labor relations. He was a U.S. Army veteran and a lifelong member of St. Francis Xavier Church. He was also a member of the Cresson American Legion Post 238, Military Honor Guard, Lions Club, St. Ann’s Knights of Columbus, Gallitzin Moose Lodge 185, Cresson Volunteer Fire Company and St. Vincent de Paul Society. Leo loved to garden and play cards and bingo. He was a devoted and loving husband, father, pap, and friend to many. He will be greatly missed. A special thank you to all the employees at the Lutheran Home at Hollidaysburg and Southern Care Hospice for the great care they gave dad. Friends will be received from 2-4 and 6-8 p.m. Tuesday, May 1, 2018, at Kennedy-Anderson Funeral Home & Cremation Services, Cresson.  A funeral Mass will be celebrated at 11 a.m. Wednesday, May 2, 2018, at St. Francis Xavier Church, Cresson, Father Matthew Reese, celebrant. Interment will be in St. Francis Xavier Cemetery, and military honors will be provided by the Cresson and Loretto American Legions, Sankertown VFW and other local veterans’ organizations. In lieu of flowers, expressions of sympathy may be made to the Cresson American Legion in Leo’s memory. The family wishes to extend a special thank you to all of the employees at The Lutheran Home at Hollidaysburg and Southern Care Hospice for the great care that was given to their Dad. Arrangements are by Kennedy-Anderson Funeral Home & Cremation Services. Condolences may be made at KennedyAndersonFuneralHome.com

To order memorial trees or send flowers to the family in memory of Leo J. DeLozier, please visit our flower store.