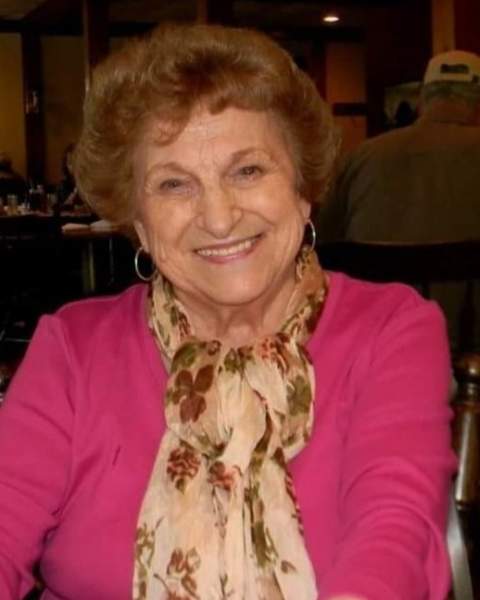 LaRue Locke, 99, of SpiriTrust Lutheran Home, Chambersburg, PA where she resided for the last 1 ½ years, went home to be with the Lord Thursday, July 28, 2022. She was the beloved wife of the late Donald Locke, with whom she shared many wonderful years of marriage prior to his passing in 2002. LaRue was born March 23, 1923 on the family farm in Shade Valley to the late Edgar and Alda (Colledge) Berrier. LaRue was a 1940 graduate of the Orbisonia High School, Orbisonia, Pennsylvania. She was employed by the US Postal Service until her retirement. Some of her many interest were sewing, gardening, cooking and baking. She had a natural talent for drawing and one of her favorite art subjects was the family farm house that was built by her great grandfather Henry Berrier. She had a love of music and enjoyed singing in the choir, teaching the ladies Sunday school class, and serving where needed at the St. Luke’s United Methodist Church, of Shade Gap, Pa. where she was a member most of her life. Her faith was instilled in her from a young child growing up listening to her mother sing hymns in the kitchen. The family often walked to the Salem church which was quite a hike as well as the little one room school house not far from the farm. She tells how they had to be up at 4:30 to get their chores done before leaving for school. She had many stories of those years how the family stayed close through many difficult times as well as wonderful gatherings. LaRue is survived by the following children, Jerre and wife Wilma, NC, Lucy Getz and husband John, Shiremanstown, Rita Scott and husband Kenny of Orbisonia, 10 grandchildren Jeff Locke of Huntingdon, Michele Yeager of Pittsburgh, Chris Locke of Minnesota, Keith Renninger of Miflin, Candi Zimmerman of Port Royal, Brad Appleby of Shade Gap, Kim Appleby of Shade Gap, Julie Coates of Greencastle, Dana Heidel of York, Matt Scott of Orbisonia and several great grandchildren, great great grandchildren and numerous nieces and nephews. She was preceded in death by the following siblings Dorothy Berrier, Stella Smith, Helen Kling, Lorma Berrier, Dean Berrier, Carl Berrier , Agnes Berrier, Donald Berrier, Wanda Berrier, Maurice Berrier and Glenn Berrier. Family and Friends are invited to a celebration of life service that will be held at 10:00 AM, Saturday, August 27, 2022 at the St. Luke’s United Methodist Church, Shade Gap, PA  with Lay speaker Kenneth Scott officiating. Interment will be made at Salem Cemetery, Blairs Mills, PA. In lieu of flowers, memorial contributions may be made to St. Luke’s United Methodist Church, c/o Phyllis Headings, P. O. Box 253, Orbisonia, PA 17243. Arrangements have been entrusted to Heath-Anderson Funeral Home & Cremation Services, 61 E. Shirley St., Mount Union, “Honored Provider of Veterans Funeral Care™.” Condolences may be made at AndersonFamilyFuneralHomes.com.

To order memorial trees or send flowers to the family in memory of LaRue Locke, please visit our flower store.