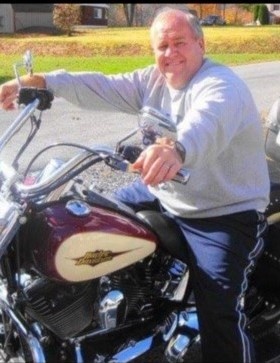 Tabernacle of God in Christ

Flasher, Kevin Ross, 59, Mount Union, passed away September 14, 2020 at Hershey Medical Center after an ongoing illness. Born August 5, 1961, Huntingdon, son of the late Arthur B. and Lillian L. (Hayes) Flasher. Preceded in death by siblings, Terry Wayne Flasher and Dennis Jack Flasher. Survived by siblings, Vicki Lefler, Arthur Flasher and wife Patricia, and Randy Flasher, and many nieces, nephews, and special friends. Kevin served his country in the United States Army and was stationed in Germany. He retired after 25 years of service from SCI Huntingdon as a corrections officer. Kevin was a member of both the Simpson Hunt American Legion Post 107 where he served as Vice Commander and the Mount Union VFW Post 5754. Kevin was involved with Mount Union Girls Softball from 1991 to 2001 where he served as a league officer, coach and umpire. He was also monumental in the construction of the Newton Hamilton and Atkison Mills softball fields. Kevin was also an assistant coach for Juniata College Girls Softball from 2000 to 2012. He loved to ride his Harley Davidson and golfing at the American Legion Country Club. Friends and family will be received Friday, September 18, 2020 from 10 a.m. until the time of service at 1 p.m. at the funeral home, Pastor Bill Benson, officiant. Interment to follow at Haven Rest Memorial Park, Shirleysburg. Arrangements have been entrusted to Heath-Anderson Funeral Home & Cremation Services, 61 E. Shirley St., Mount Union, “Honored Provider of Veterans Funeral Care™.” Condolences may be made at AndersonFamilyFuneralHomes.com

To order memorial trees or send flowers to the family in memory of Kevin Ross Flasher, please visit our flower store.

Tabernacle of God in Christ