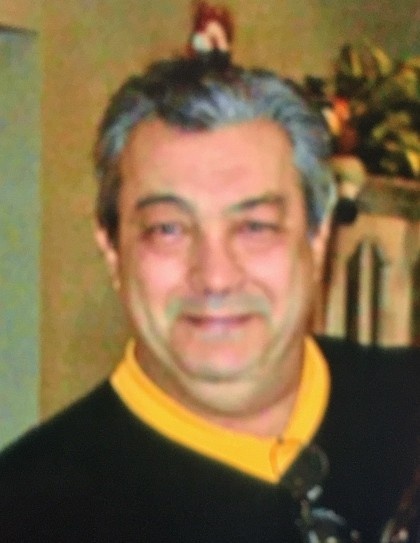 Alesi, John L., 72, Mount Union, passed away December 31, 2020 at UPMC Altoona. Born August 11, 1948, son of the late Anthony J. and Mary W. (Drake) Alesi. Mr. Alesi was united in marriage to the former Cathy A. Moist on February 27, 1968. Sadly, his wife of 52 years preceded him in death just one month ago. Also preceding him in death is a grandson, Wyatt A. Alesi. Survived by sons, Anthony J. Alesi and wife, Alison, Mount Union; Troy A. Alesi and wife, Christine, State College; grandchildren, Alyxandra Alesi, Mapleton Depot; Sadie, Vincent, and Dominic Alesi, Mount Union; and Madison Alesi, State College. John was a graduate of Mount Union Area High School. In 1968 he became employed by the L. Grief Company. In 1971 he was promoted to section foreman. Later in life he became self employed while owning and operating the County Line Inn for many years. Mr. Alesi was an avid outdoorsman. His real passion was calling spring gobblers and watching the Pittsburgh Steelers. Friends and family will be received on Wednesday January 6, 2021 from 10 a.m. until the time of service at 12 noon, at the funeral home, Tim Goodman, officiant. Interment to follow at St. Catherine’s Cemetery, Shirleysburg.  Arrangements have been entrusted to Heath-Anderson Funeral Home & Cremation Services, 61 E. Shirley St., Mount Union, “Honored Provider of Veterans Funeral Care™.” Condolences may be made at AndersonFamilyFuneralHomes.com.

To order memorial trees or send flowers to the family in memory of John L. Alesi, please visit our flower store.