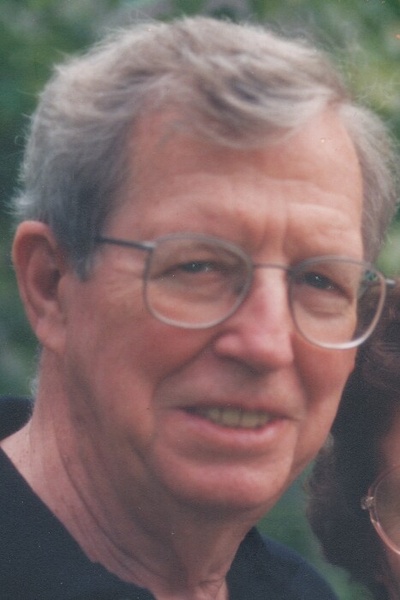 Klein, J. Walter, 95, who resided in Cresson, PA for over 63 years, passed away Thursday, October 8, 2020 while residing in Loveland, Ohio. Born June 25, 1925, Walter was the son of the late Walter and Mary (Cunningham) Klein of Portage, PA. Walter, a beloved husband, was preceded in death by his wife Anne (Vancavage) to whom he was married for 66 years. He also was preceded in death by his sisters Estelle, Isabel and Jean, his brother Frank and his daughter-in-law Donna Adelson. Walter is survived by his children: Dennis Adelson, Laura Klein (Stephen Lynch), Noreen Klein (Marion Reynolds), Mary Klein-Gill (John Gill), Walter Klein (Catherine), Elaine Klein (Craig Wallentine), Anita Klein (Warren Cooley), Thomas Klein (Kari) and Paul Klein (Paula), as well as 19 grandchildren, 10 great grandchildren and many nieces and nephews. Walter, a longtime member of St. Aloysius Parish in Cresson, was a 1943 graduate of Portage High School. During World War II, Walter volunteered and served in the U.S. Navy as a Torpedoman’s Mate V Third Class from 1944 to 1946. He earned his bachelor’s degree in 1949 and master of arts degree in 1954 at Pennsylvania State University. He spent his 42-year career as a professor in the business school at St. Francis University until his retirement in 1991. Walter was a person of integrity. He led a principled life, treating everyone with kindness, compassion, and respect. A respected role model who led by example, he was a man of profound faith with a strong sense of duty. Growing up during the Great Depression, he learned the value of hard work at an early age. Intellectually curious and an avid reader with an excellent memory, he had an amazing breadth and depth of knowledge. He often surprised others by his clear understanding of numerous and diverse subjects. Walter was a serious and modest person who possessed an agile mind, a ready wit and a well-developed sense of humor that was greatly appreciated by his students and those who knew him well. He was a dedicated gardener, a skilled card player, and a lifelong fan of the Pittsburgh Pirates and Steelers. Walter’s first and most enduring concern was always for the welfare of his large and tightly-knit family. He was devoted to his wife, Anne, and his tender and continual care of her in her last years of illness gave his children and grandchildren a lesson in fortitude, devotion and love. Walter was a loving and beloved father; with his grandchildren, he was a patient listener, bedtime storyteller and teacher. We will miss him dearly, and keep him in our hearts always. Due to COVID-19 concerns, there will be a private viewing and Vigil Service for immediate family. A funeral Mass open to friends and family will be celebrated at 11:00 a.m. on Friday, October 16, 2020 at St. Aloysius Catholic Church, 7911 William Penn Highway, Cresson, Rev. Leo Arnone celebrant. Burial will follow at St. Bartholomew Cemetery, Wilmore. Military Honors provided by the Cresson American Legion and other local military posts. Due to COVID-19 restrictions, people attending the funeral and burial are asked to wear a mask and abide by social distancing guidelines. In lieu of flowers, the family suggests a memorial contribution be made to a charity of your choice in memory of Walter. Arrangements have been entrusted to Anderson Family Funeral Home & Cremation Services, 233 Keystone Ave., Cresson. Condolences may be made at AndersonFamilyFuneralHomes.com

To order memorial trees or send flowers to the family in memory of J. Walter Klein, please visit our flower store.