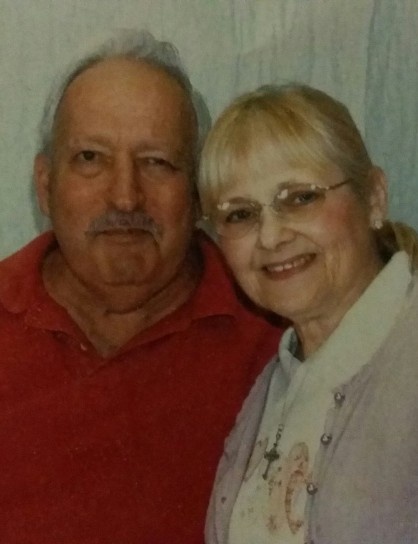 Lear, Herbert William, 76, Mount Union, went to be with the Lord on August 23, 2019 at the William Penn Nursing and Rehabilitation Center, Lewistown. Born on March 10, 1943, Altoona, son of the late Robert G. Lear and Betty Jane (Manspeaker) Lear. He was united in marriage to his beloved wife Sue (Sarra) Lear in 1965, who preceded him in death on March, 2018. Also preceded in death by his brother, Bobby Lear. Herb is survived by his sons, David and spouse, Haley of Mount Union and Michael and spouse, Krishanu Mitra of New York; three grandchildren, Sage of Dillsburg, and Kirkley of Plum, and Gyasi of Mount Union; two brothers, Jim Lear and wife, Beth, and Barry Lear and wife, Deborah; sisters-in-law, Carmella Lear and Arla and her husband, Raymond Kent; brother-in-law, Paul Sarra; many nieces and nephews; and a cousin, Fred Lear and wife, Valerie of Huntingdon. Herb was a devoted member of the Christian Missionary Alliance Church of Mount Union where he served as head usher, a trustee and, at one time, a board member. Herb was a 1962 graduate of Captain Jack High School. He worked at Robin Footwear in Mount Union and Pennsylvania Glass and Sand in Mapleton. He retired from the State Correctional Institution at Huntingdon in 1999 after thirty-one years, having achieved the rank of Sergeant. Herb retired from the Mount Union Volunteer Fire Company after many years of service. He was also involved with the Mount Union Trojan Football Booster Club for many years. He was a member of the Newton-Wayne Sportsman Club and the Allenport Lions Club. Herb will be remembered for his love of hunting, fishing and trapping. He loved his many pets, especially his Bassett Hounds, Thunder and Lightning. He was an avid stamp and coin collector. In later years, Herb enjoyed gardening at the family farm and watching the Penn State and Pittsburgh Steelers football games. Friends and family will be received Monday, August 26, 2019 from 6-9 p.m. at Heath-Anderson Funeral Home & Cremation Services, 61 East Shirley St., Mount Union and Tuesday, August 27, 2019 at Christian Missionary Alliance Church, 217 South Washington St., Mount Union, from 10 a.m. until time of service at 11 a.m., Rev. Stephen Motter, officiating. Graveside services will follow at the Haven Rest Memorial Park Cemetery, 15595 Croghan Pike, Shirleysburg. Arrangements handled by Heath-Anderson Funeral Home & Cremation Services, “Honored Provider of Veterans Funeral Care™.” Condolences may be made at AndersonFamilyFuneralHomes.com.

To order memorial trees or send flowers to the family in memory of Herbert W. Lear, please visit our flower store.