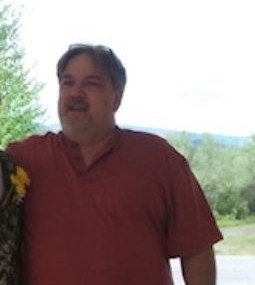 Glenn F. "Buddy" Cohenour, Jr., 64, Three Springs, passed away July 5, 2021, at
UPMC Altoona. Born March 13, 1957, son of the late Glenn F. and Ozora M.
(Booher) Cohenour, Sr. Survived by his loving wife Cynthia A. (Long) Cohenour;
sons, Dustin Heintz and fiancé, Paige, Mount Union; Kyle Cohenour and wife,
Erin, Three Springs; grandchildren, Roxy, Kendall, Hayden, Maggie and Conner; 1
great-grandson, Cove and many nieces and nephews. Buddy served his country in
the United States Navy. He owned and operated Cohenour's Auto Services for over
25 years. Buddy loved working on classic cars, especially his 1957 Chevy Nomad.
He was also an avid hunter and firearm enthusiast. Buddy will be missed by his
German Shepherd “Abby”. Most of all Glenn was happy when spending time with
his family and friends. He will be remembered for his kind and giving spirit. Mr. Cohenour was a devout Christian. A celebration of life will be held later at the convenience of the family. Arrangements have been entrusted to Heath-Anderson Funeral Home & Cremation Services, 61 E. Shirley St., Mount Union, “Honored Provider of Veterans Funeral Care™.”
Condolences may be made at AndersonFamilyFuneralHomes.com

To order memorial trees or send flowers to the family in memory of Glenn F. Cohenour Jr., please visit our flower store.