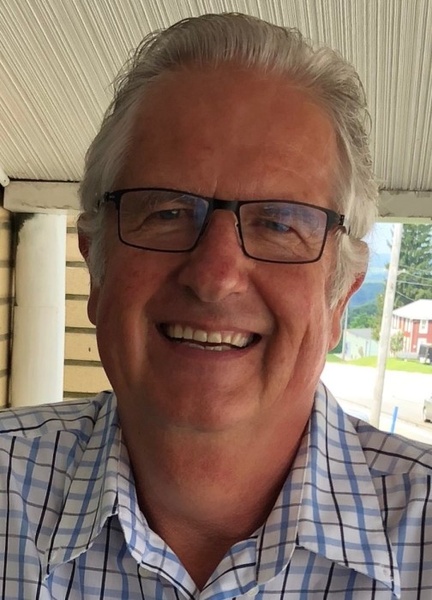 Bradley, Gary Michael, 68, Cresson, died November 12, 2019 at UPMC Altoona surrounded by family and friends. Born October 30, 1951, in Altoona, son of Michael “Mick” and Iva (McDermott) Bradley. Beloved husband of Kathryn (Stossel) whom he married on August 10, 1974. Preceded in death by father, Michael, and infant daughter Maria. Survived by sons, Michael (Sarah) Bradley of Ebensburg; and James (Stacy) Bradley of Cresson; five grandchildren, Isaac, Henry and Max Bradley, Ebensburg, and Katie and Nick Bradley, Cresson; siblings, Ken (Phyllis) Bradley; Susan (Bernie) Bettwy; and many relatives, godchildren, and friends that were an integral part of his life. Gary loved life and lived it to the fullest. While he always kept his wife on her toes, he loved her more than anything and their partnership was indestructible. There have never been two people better suited to share their life story together. He was a fabulous role model for his two sons and provided a true example of how to be a husband, father, friend, and citizen. He always knew the right thing to say and provided the best advice. In his later years, Gary’s grandchildren became the light of his life. There is nothing he enjoyed more than their sporting events, fantasy football matchups, dinosaur battles, princess playing, and watching all five of them play together. Gary was an active member of his community and rarely sat still. His “Cresson” license plate was well known and was evidence of his love for his hometown. The charitable organizations to which he donated his time and energy is countless. He believed that he had been blessed with so much that it was imperative to give back with his time and talents. As a result, he brought immeasurable value to so many people through selfless acts of volunteerism and generosity. More than anything, Gary loved people. He was the textbook definition of a great friend. He appreciated the best in everybody with whom he associated and learned from every personal interaction. He truly cherished the numerous relationships that he formed through the years and realized that they all had a part in shaping him into the person that so many grew to love. Friends and family will be received Saturday, November 16, 2019 from 6-8 p.m., Sunday, November 17, 2019 from 2-8 p.m. all at the funeral home. Funeral Mass will be celebrated Monday, November 18, 2019 at 10 a.m., St. Aloysius Catholic Church, Cresson, Rev. Leo Arnone, celebrant. In lieu of flowers, please make donations payable to All Saints Catholic School, 220 Powell Ave, Cresson, PA 16630; Holy Name Catholic School, 215 Horner St, Ebensburg, PA 15931; or Cresson Public Library, 231 Laurel Avenue, Cresson, PA 16630. Arrangements have been entrusted to Anderson Family Funeral Home & Cremation Services, 233 Keystone Ave., Cresson, “Honored Provider of Veterans Funeral Care™.” Condolences may be made at AndersonFamilyFuneralHomes.com

To order memorial trees or send flowers to the family in memory of Gary M. Bradley, please visit our flower store.