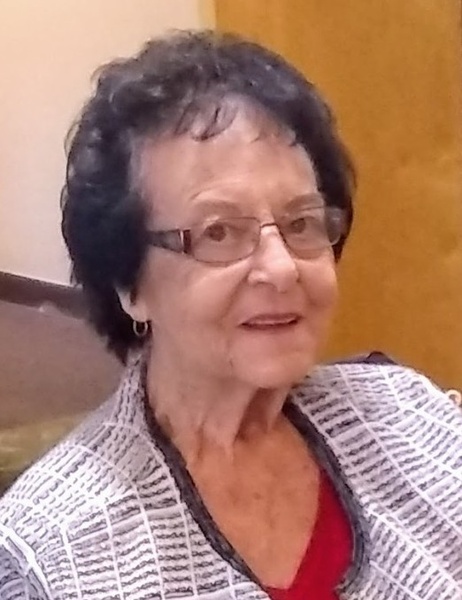 Hoffman, Edna Grace (Harry), 82, Three Springs, made the journey to her forever home in Heaven with her Lord & Savior Jesus Christ on December 14, 2019, surrounded by family. Born August 26, 1937, Shade Gap, daughter of the late Wilbur “Red” Harry and Violet (Snyder) Meily. She devoted her 82 years of life to serving the Lord, being a devoted wife, mother and grandmother. She has given her loved ones peace, knowing they will join her again in our heavenly homes. Known for her kind and loving soul, forgiving nature, bringing smiles and laughter, seeing the best in others, and ability to find the best deals on QVC, even if it meant hiding the packages from Dad. Her children and grandchildren are forever influenced and will carry her love of family and life on throughout the years. Edna graduated from Orbisonia High School in 1955. She married the love of her life, Jack Hoffman, on March 30, 1957. Together for 63 years, they built an amazing life in Three Springs. Growing their family with 5 children, Mike (Carol) Hoffman of Three Springs; Greg (Helen) Hoffman of McConnellsburg; Michele (Chip) Miller of Ft. Littleton; Beth Anne (Mark) Mellott of Ft. Littleton; and Christine (Jason) Hughes of Orbisonia. If you were to ask Mee-Maw's 9 grandchildren and 15 great-grandchildren about her love for them, they would tell you it’s bigger than all the waves at the shore. Survived by her siblings: Shelby, Barb, Connie, Milo and Rick. Some of those who welcomed Edna at the pearly gates of Heaven were her father, Wilber “Red” Harry; mother, Violet (Snyder) Meily; infant great-granddaughter, Sierra Coons; grandson-in-law, Justin Reed; and sister, Glovia SiDylvester. A devoted Christian, Edna could be found worshiping and singing hymns at Living Water Christian Outreach in Three Springs. Family, Friends and all others blessed to have known Edna are welcome to join us on Thursday, December 19, 2019 from 10 a.m. until time of service at 12 p.m., Living Water Christian Outreach, 7735 Meadow Gap Road, Three Springs, PA 17264, Pastor Dennis Hunsinger, officiant. In lieu of flowers, memorial contributions may be made to Grane Hospice, 115 Union Ave., Altoona, PA 16602, for providing the ability to allow our Edna to pass with dignity, grace, & comfort. Arrangements entrusted to Heath-Anderson Funeral Home & Cremation Services, 61 East Shirley St., Mount Union, “Honored Provider of Veterans Funeral Care™.” Condolences may be made at AndersonFamilyFuneralHomes.com.

To order memorial trees or send flowers to the family in memory of Edna Grace Hoffman, please visit our flower store.