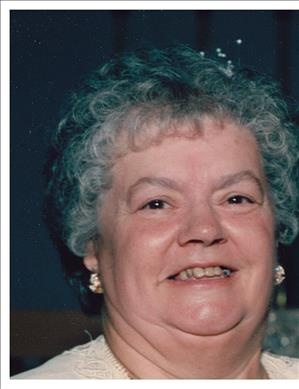 She was born in Cresson, daughter of the late Susan Budock Perry.

She was preceded in death by her husband, Donald W. Courvina on Feb. 10, 2000; and a son-in-law, Ronald Leberfinger.

Dolores was a member of St. Aloysius Church, Cresson, and its Legion of Mary. She enjoyed playing cards, Monday night bingo, spending time with her family and Bishop Guilfoyle football.

Friends will be received from 2 to 8 p.m. Thursday, April 7, 2016, at Charles M. Kennedy Funeral Home, Cresson, where a vigil for the deceased and a Legion of Mary rosary will be held at 3 p.m. A funeral Mass will be celebrated at 11 a.m. Friday, April 8, 2016, at St. Aloysius Church, Cresson, Monsignor Robert Mazur officiating. Committal will be held at the church cemetery.

cmkennedyfh.com
To order memorial trees or send flowers to the family in memory of Dolores M. Courvina, please visit our flower store.