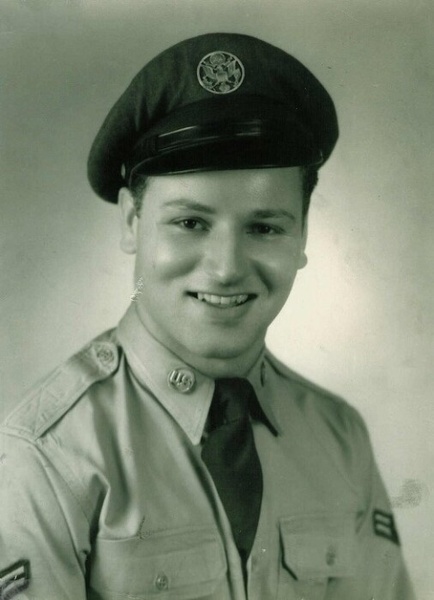 Alianiello, Jr., David A., 88, a resident of Hollidaysburg Veterans Home, Duncansville, formerly of Cresson, passed away June 15, 2020 at UPMC Altoona. Born February 15, 1932, Altoona, son of the late David and Teresa (Colabove) Alianiello, Sr. Preceded in death by his wife, the former M. Virginia Traino, whom he married on June 9, 1956; brother, Rocco Alianiello, whom passed on December 11, 2019; and daughter-in-law, Kathleen Alianiello. Survived by his four sons, Jeffrey (Donna) of Palm Beach Gardens, FL; Vincent of Johnstown; Jaime (Angie) of Roaring Springs; and Michael (Michelle) of Columbus, OH; daughter, Tina of Cresson; 9 grandchildren; and two great-grandsons. David was a 1950 graduate of Altoona High School. He enlisted in the US Air Force in 1950 and served four years of active duty. Upon his honorable discharge, he received his business degree from Altoona School of Commerce. He was employed and served as the President of Camelot Management Company in Portage for more than 30 years. David was a member of St. Aloysius Catholic Church, Cresson prior to his admission into the Veterans Home. He was a member of the Cresson Sportsman’s Club, long-time member of the Cresson American Legion Post 238, and a lifetime member of the Bavarian Club. David was a lover of music and theater, watching Westerns on television and listening to the Bible on tape. He loved all animals, especially his grand-puppy, Daisy, who would visit him at the VA Home. Most importantly he loved his family and his caretakers at the VA Home, especially his favorites, Mary, Christine, Justin, Jeff, Mike, Joe and the many others who became his second family. The family would like to thank the Veterans Home staff for the great care given to our ailing father when we were no longer able to care for him at home. Friends and family will be received Friday, June 19, 2020 from 4-8 p.m., Anderson Family Funeral Home & Cremation Services, 233 Keystone Ave., Cresson. Funeral Mass will be celebrated, Saturday, June 20, 2020 at 11:30 a.m., St. Aloysius Catholic Church, Cresson, Monsignor Bernard Przybocki, celebrant. Committal St. Francis Xavier Church Cemetery, Cresson with Military Honors provided by the Cresson American Legion and other local military posts. In lieu of flowers, memorial contributions may be made to the Hollidaysburg Veterans Home. Arrangements have been entrusted to Anderson Family Funeral Home & Cremation Services, “Honored Provider of Veterans Funeral Care™.” Condolences may be made at AndersonFamilyFuneralHomes.com

To order memorial trees or send flowers to the family in memory of David A. Alianiello, Jr., please visit our flower store.