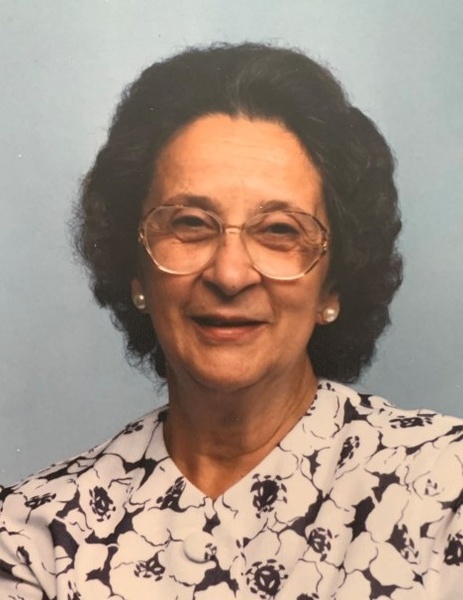 Myers, Anna Mae, 90, a resident of Garvey Manor Nursing Home, Hollidaysburg, formerly of Cresson, passed away Tuesday evening, February 18, 2020 at the home. Born in Sankertown on July 10, 1929, daughter of the late Herman I. and Elizabeth M. (Effinger) Eckenrod. On January 8, 1952 she married Leonard J. “Bud” Myers at St. Francis Xavier Church in Cresson, and he preceded her in death on May 30, 2018. Surviving are two daughters, Barbara Itle & husband Edward, and Annette Dorman & husband, Patrick, all of Altoona; five grandchildren, Stephanie Itle-Clark and husband Jason of Bedford, Christopher and Brian Itle of Altoona, Matthew Dorman of Altoona, and Nathan Dorman and wife, Emily, of Pittsburgh; a great-grandson, Gage Itle, of Altoona, and a sister, Sister Elsa Eckenrod, IHM of Scranton. In addition to her husband, Anna Mae was preceded in death by two sons, Patrick, who died on March 7, 1978, and Francis, who passed away on April 20, 2018, as well as seven brothers and two sisters. Anna Mae attended St. Francis Xavier Elementary School, and was a 1947 graduate of Cresson High School. She was a homemaker, and once her children were grown, she served for five years as the tax collector for Sankertown Borough. Prior to moving from Cresson in 2012, Anna Mae was a member of St. Francis Xavier Catholic Church where she served as Eucharistic Minister, and at one time had been a member of the church choir. She also volunteered with the local senior citizens groups in Cresson. She and Bud enjoyed going to church dinners on Sundays and traveling. Their travels took them to places such as Alaska, Hawaii, Ireland, and a train trip to California. They also enjoyed several Caribbean cruises. Friends and family will be received Sunday, February 23, 2020 from 3-7 p.m., Anderson Family Funeral Home & Cremation Services, 233 Keystone Ave., Cresson. Funeral Mass will be celebrated at 1:30 p.m. on Monday, February 24, 2020 at St. Joseph’s Chapel at Garvey Manor Nursing Home, Hollidaysburg, Rev. George Gulash, celebrant. Interment will be at St. Francis Xavier Cemetery. In lieu of flowers, donations in Anna Mae’s memory may be made to Garvey Manor, 1037 S. Logan Blvd., Hollidaysburg, PA  16648. Arrangements have been entrusted to Anderson Family Funeral Home & Cremation Services, “Honored Provider of Veterans Funeral Care™.” Condolences may be made at AndersonFamilyFuneralHomes.com

To order memorial trees or send flowers to the family in memory of Anna Mae Myers, please visit our flower store.