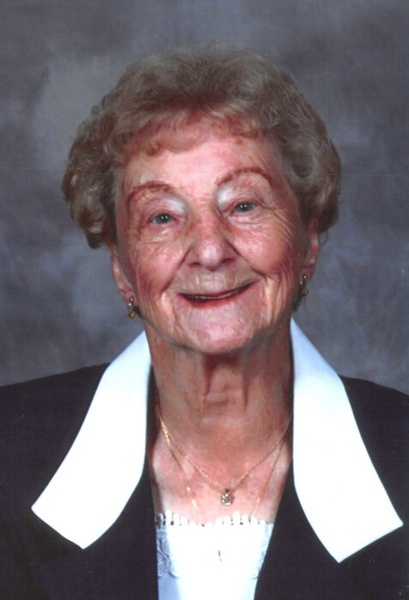 Phillips, Agnes M. (Kozak), 101, Cresson, formerly of Lilly, went home to be with the Lord October 17, 2020 at John Paul II Manor, Cresson. Born December 31, 1918, daughter of the late John and Ann (Stephanik) Kozak. Preceded in death by her loving husband, Henry Phillips, with whom she shared 65 years with until his death in 2004; grandson, Jerod Shultz, and siblings, Chuckie, Frank, Joe, Ed, Marian and John. Survived by her children, Henry Phillips, WY; Art Phillips, MO; Bob Phillips, ID; Mary McDermott, Cresson; Karen Melotti, MD; and 12 grandchildren; sisters, Patty Waters and Joanne Rotola; brothers, Len, Bob, Dick, Bill and Tom Kozak. Agnes graduated from Cresson Joint High School in 1936. She was a devoted wife, mother, grandmother and sister who lived an active life well past her 90th birthday. Agnes knew that she was blessed to have her good health and always took care of herself. She had a great respect for veterans of the Armed Forces. During WWII, she pursued the opportunity to join the Army, however because she was married, it was not permitted. Instead, she went to Atlantic City to work at the Veterans Hospital. Agnes remained there until Henry returned from his Army post in Italy. Faith in God, patriotism, and hard work were virtues that Agnes upheld throughout her long life. She was a member of the Choir at Our Lady of the Alleghenies Catholic Church until she was 95 years old and the Lilly American Legion Auxiliary until she was 93 years old. She enjoyed learning and was an avid reader. Agnes appreciated the Cambria County Library Services. She was also known for her delicious Polish dinners and pastries, preparing them for her family and friends. Her kindness and positive attitude will always be respected and missed by all who knew and loved her. Special thanks to the staff of John Paul II Manor for the care they gave Agnes. Friends and family will be received Thursday, October 22, 2020 from 2-4 and 6-8 p.m. at Anderson Family Funeral Home & Cremation Services, 233 Keystone Ave., where a vigil for the deceased will be held. Funeral Mass will be celebrated Friday, October 23, 2020 at 10 a.m., Our Lady of the Alleghenies, 608 Main St., Lilly, Rev. Matthew Reese celebrant. Committal St. Brigid Cemetery, Lilly. In lieu of flowers, memorial contributions may be made to the Lilly-Washington Library, 520 Church St. #1 or the Lilly-Washington War Memorial Assoc., 514 Willow St., Lilly, PA 15938. Arrangements have been entrusted to Anderson Family Funeral Home & Cremation Services, 233 Keystone Ave., Cresson, “Honored Provider of Veterans Funeral Care™.” Condolences may be made at AndersonFamilyFuneralHomes.com

To order memorial trees or send flowers to the family in memory of Agnes M. Phillips, please visit our flower store.