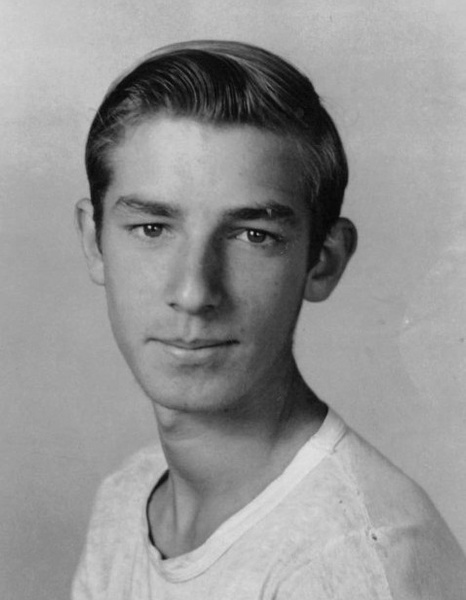 Kent, Patrick “Pat” G., 83, Sankertown, went home to be with the Lord, March 21, 2019 at his home. Born March 16, 1936, Cresson, son of the late Russell A. and Helen C. (Reed) Kent. Preceded in death by his daughter, Robin Kent; brothers, John and Charles Kent; and a grandson, Eric Leyba. Survived by his sons, Russell L. and wife, Becky; Robert R.; grandchildren, Shaun, David, Malicia, Eric, and Amy; seven great-grandchildren; sisters, Shirley Aurbiski, Kay Sanders, Susan Bosar, Mary Wissinger, and Betsy Smith. Pat was a US Air Force veteran retiring in October of 1974 as a Technical Sergeant. He then went to work for the VAMC in Altoona as a cook for 22 years before he retired in 1996. Pat was a life member of the Sankertown VFW Post 7377, Cresson American Legion Post 238, and the 40 & 8 Fraternal Organization. He was a member of the Portage and Blair Auto Antique Clubs. Pat had a passion for fixing, collecting, and driving antique cars. Friends and family will be received March 25, from 4-8 p.m., Kennedy-Anderson Funeral Home & Cremation Services. Funeral Mass will be celebrated March 26, 10 a.m., St. Francis Xavier Church, Rev. Leo Arnone, celebrant. Military honors provided by the Sankertown VFW, Cresson American Legion, and other local posts. The family would like to give a special “thank you” to the Diehl Family for all their care and support for Dad. In lieu of flowers, expressions of sympathy may be made in Pat’s memory to St. Jude Children’s Research Hospital, 501 St. Jude Place, Memphis, TN 38105. Arrangements handled by Kennedy-Anderson Funeral Home & Cremation Services, 233 Keystone Ave., Cresson, “Honored Provider of Veterans Funeral Care™.” Condolences may be made at KennedyAndersonFuneralHome.com

To order memorial trees or send flowers to the family in memory of Patrick âPatâ G. Kent, please visit our flower store.