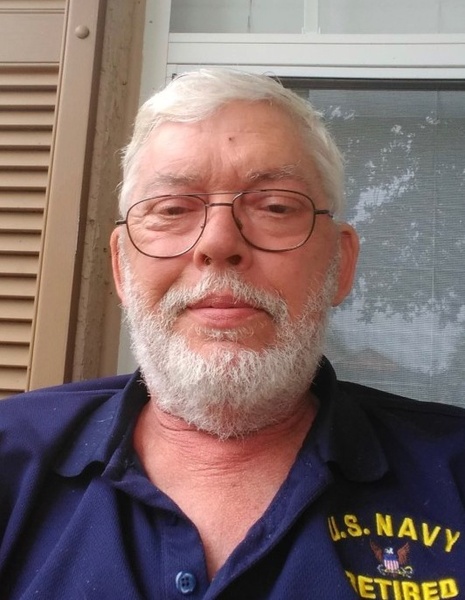 Shilling, Leonard “Len” H., 66, Tavares, FL., formerly of Patton, went home to be with the Lord March 30, 2019 at his home. Born April 12, 1952, Spangler, son of the late Leonard H. Shilling and Freda M. Lytle. Preceded in death by his parents; step-father, Thomas Gromley; and brothers, William and Michael Shilling. Survived by his wife, Linetta E. (Bakajza) whom he married on May 17, 2003; children: Samantha Shilling-Fitzsimmons (Matt), Cresson; Tara Gray (Leo Trexler), Tavares, FL; Gerald Sikie (Samantha Slawich), Eustis, FL; Michael Potts (Jessica), Natchez, MS; Jennifer (Brad) Harrison, Eupora, MS; grandchildren: Jeffrey, Devin and Chase Gray; Parker Trexler; Sabryna, Hannah and Brandan Fitzsimmons; Kinley, Harper and Kohen Potts; and Ella Clare and Cullen Harrison; brothers: Fred Shilling (Cindy), Patton; Tom Shilling (Annie), Northern Cambria; Edward Shilling, Colver; and first wife, Elizabeth “Betty” (Ruffley) Shilling, Cresson. Len was a US Navy veteran serving from Sept. of 1971 to Sept. of 1991, retiring as a Petty Officer First Class. During his time in the Navy he was a radioman, in charge of communications, and was on the following ships: USS Canopus; USS Guadalcanal; USS Guam; and USS Lawrence. He was also on recruiting duty in Pittsburgh and retired from an assignment at the Naval Air Station in Meridian, MS. Len was stationed in Barcelona, Spain and Rio de Janeiro at the communications centers. He was pitcher on the All Navy Softball Team and played softball wherever he was stationed, the ships he was assigned to, or wherever there was a game he could join. His picture was on the front page of the Navy Times. Len graduated from Mississippi State University with a BA in English. He taught school and coached baseball for a year at Eudora High School in Mississippi. He was always especially proud that he coached Roy Oswalt, who in the future would pitch for the Houston Astros. He was also a Logistics Officer and in charge of Tri-County Drug Enforcement for Starkville, MS Police Department from 1997-2001. He enjoyed all sports, especially the Mississippi State University Bulldogs sporting events. Len enjoyed reading, listening to Willie Nelson, and spoiling his dogs, Tasha and Boo Boo. He also enjoyed returning to Pennsylvania to spend time with his daughter, Samantha Fitzsimmons, and his grandchildren. Len loved his wife, children and grandchildren and held precious his many friends. He was a member of the Amvets Post 1992 and St. Patrick’s Catholic Church, Mt. Dora, FL. Friends will be received April 26, from 4-8 p.m. at Kennedy-Anderson Funeral Home & Cremation Services, 233 Keystone Ave., Cresson. A Memorial Mass will be celebrated, April 27, 9:30 a.m., St. Francis Xavier Church, Rev. Leo Arnone, celebrant. Military honors will be provided by the Cresson American Legion, Sankertown VFW, and other local posts. Interment St. Mary’s Cemetery, Patton. Arrangements handled by Kennedy-Anderson Funeral Home & Cremation Services, “Honored Provider of Veterans Funeral Care™.” Condolences may be made at KennedyAndersonFuneralHome.com

To order memorial trees or send flowers to the family in memory of Leonard âLenâ H. Shilling, please visit our flower store.